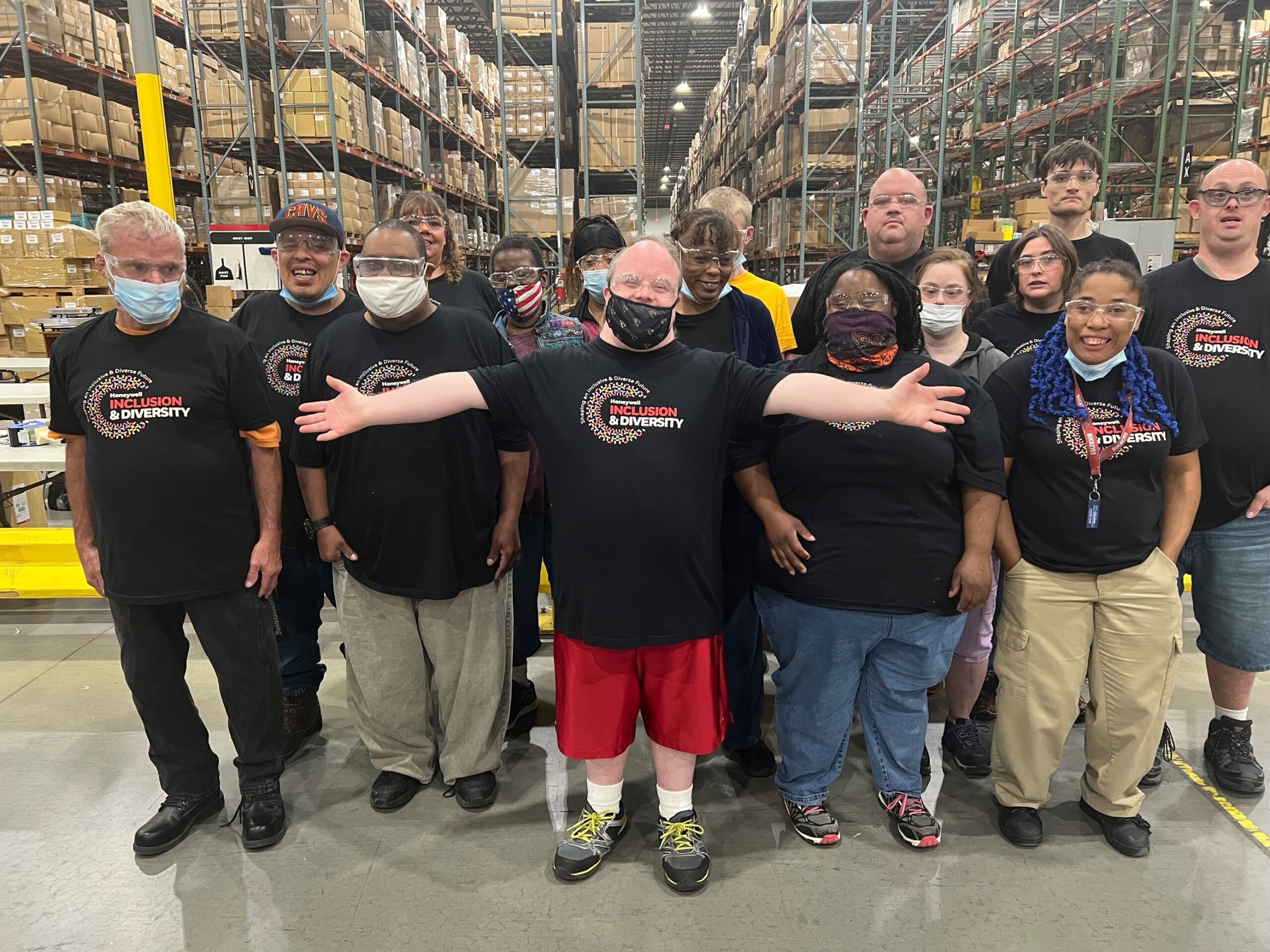 For nearly a decade, Honeywell has partnered with ARC Industries to employ people with developmental disabilities. The crew started with six people, has grown to 24 and now makes up the largest on-site crew in ARC’s group employment program.

Paula Daugherty heads up value-added services at Honeywell’s PPE distribution center in Groveport, where the ARC crew works. They repackaged large numbers of N-95 masks for shipping during the pandemic, taking pride in helping to make the world safer at a time of crisis.

Daugherty said she’s especially pleased by the way all employees – those with and without disabilities – respect and learn from each other.

What are some of the benefits of having such a diverse workforce?

I love the way everyone can look at everybody the same here. That’s just the way it is. People with disabilities need to have jobs, to make money, just like anyone else.

How about the ARC crew’s performance?

It’s great! They take pride in their job, even more so than a lot of typical employees. These crews don’t like to disappoint.

Sounds like you would encourage other employers to forge these kinds of relationships.

I think if they tried it, they would be surprised at how well it works. These crews do a lot. We’ve got enough different work here that there’s a fit for everyone. If someone doesn’t count well, they can make the box instead of counting the material going in it. That box is just as important.

Do you have any personal connections to the disability community?

I have a cousin who has Down syndrome; that kinds of opens your eyes a little. My daughter’s 14. She works with special-needs kids in school now, and she wants to be a special-needs nurse. I like to think that comes down to being raised by a parent who works with people with disabilities. The more we see, the more we understand.