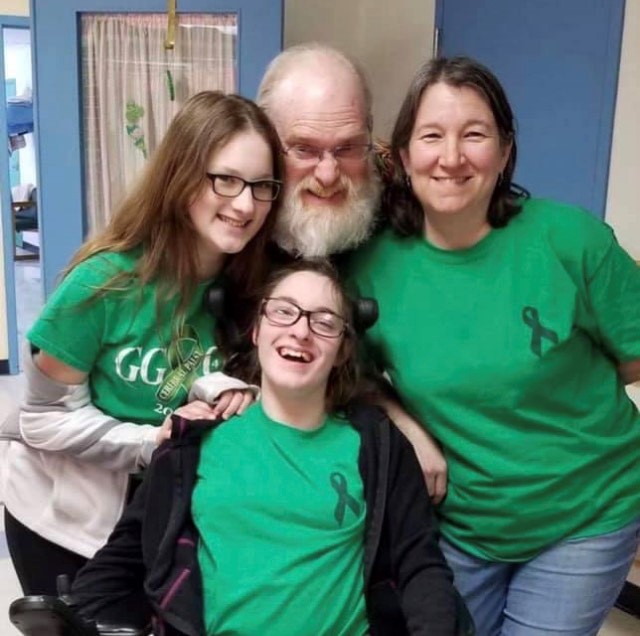 The phone for CP Parent Columbus still rings, and Lynne Fogel answers, generous as always with her time and knowledge about raising a child with cerebral palsy.

“With most of the calls, it’s a new diagnosis. Or a family who thought they had it all figured out, and then they move to a new stage,” she said. “Typically, it’s an hour-long conversation. I send lots of information. And then, more often than not, I never hear from them again.”

Easy access to online information, resources and social media has changed the traditional support-group landscape for CP Parent Columbus, launched by Fogel and Delaware County parent Patty Lyons in 2004. At the time, it was the area’s first family-led support group for families of children with cerebral palsy, and for several years events and meetings drew dozens of participants.

“Then attendance started to drop off,” said Fogel, who lives in the Blacklick area. “No matter what I did, it fell.”

Despite the challenges, Fogel remains as committed as ever to helping other families find what they need. She has shifted most CP Parent activity to its Facebook page, where she posts information, provides links to other groups and resources, and responds to messages. She also works as the central Ohio information specialist for Ohio Family2Family, a family-staffed virtual center that provides one-to-one support to families of children with special health-care needs.

“I send people to Lynne all the time,” said Sha Clark, CP Program Clinical Coordinator at Nationwide Children’s Hospital. “She and Patty and some other parents were actually instrumental in growing our program here. It really shows the power of families and advocacy.”

Clark, a veteran social worker at Nationwide Children’s, said the CP program follows about 1,300 children and adults with cerebral palsy. Overall, the hospital provides care to about 4,000 people whose conditions include cerebral palsy.

Though cerebral palsy is the most common motor disability in childhood, it doesn’t have “as much of an organized presence” as disabilities such as Down syndrome or autism, Clark said. The wide range of cerebral palsy also has made it difficult for families to unite around in-person support activities.

“The symptoms of CP vary from person to person and can range from very mild to profound,” said Clark, whose adult daughter has a milder form of cerebral palsy.

She and Fogel, whose daughter Erica is now 20, would love to see more focus on older youth with cerebral palsy. “We need teen, young adult groups, so that they have connections, too,” Clark said.

No matter the format, Fogel said she’ll keep doing what she can for parents and kids of all ages. “I’m a librarian,” she said with a smile. “I’m all about finding the info people need, and giving it to them.”