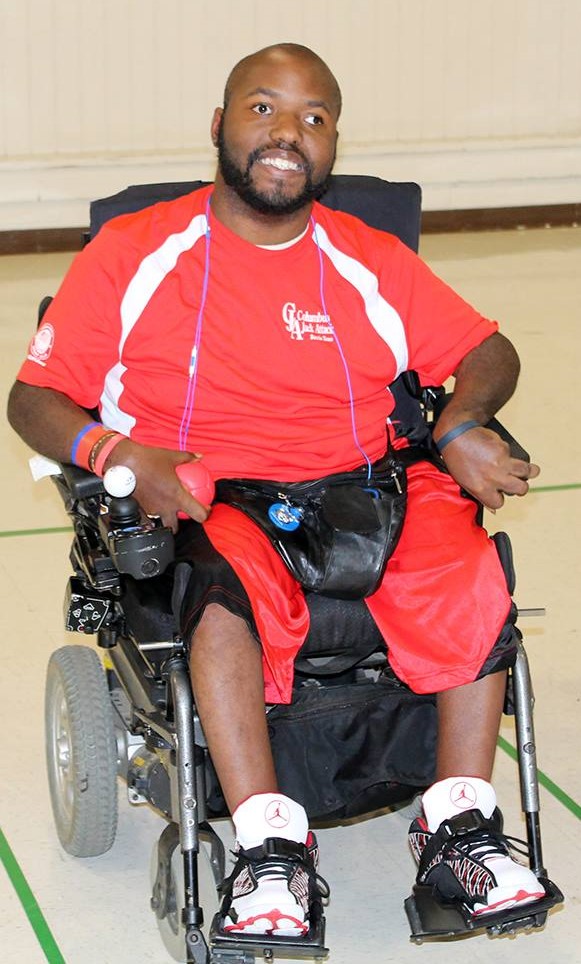 As a world-class athlete in the Paralympic sport of boccia, Cornelius “Chubby” Oatis knows plenty of ways to keep busy and active. Still, when he lost his day job during the pandemic, Oatis never considered stepping away from the working world.

“I feel that with a job, you have chances,” he said. “You have chances to share your story, to meet new friends. That’s what happened to me.”

Oatis had spent 11 years with Columbus Recreation and Parks as a youth counselor providing tutoring and activity coaching. It suited his interests and felt like family, so he grieved a little when he was laid off. Then he set about finding the next thing.

“There’s always a plan B and a plan Z,” Oatis said. “You might not always like Z, but eventually, you’ll get there.”

Oatis started a similar job at the YMCA last month. Robinson Dunham, his service coordinator at the Franklin County Board of Developmental Disabilities, said Oatis is a “go-getter” who sought job-development assistance from Opportunities for Ohioans with Disabilities last year even before his job ended.

“He’s so cool in my eyes,” said Dunham, who has known Oatis for more than a decade and admired him just as long. “He’s solution oriented, with an enthusiastic and inquisitive spirit that serves him well.”

Oatis is settling into his new job as the state’s Employment First initiative celebrates its tenth year. Former Ohio Gov. John Kasich launched the initiative in March 2012, signifying a major policy shift away from what had often been the default option of sheltered-workshop employment. Today, public agencies and support providers strive to make community jobs the first choice for people with developmental disabilities who want to work.

“I didn’t want to go to a workshop because I felt in my situation, I could help youth,” said Oatis, 36. “I could not only tell them, but show them, what’s possible.”

Oatis has cerebral palsy, which affects his mobility and speech. He’s also a top-ranked U.S. boccia player and has traveled around the world, including China and Ireland and Brazil, in international competition. Boccia is akin to the Italian sport bocce, but modified for people who use wheelchairs.

Tournaments and travel are expensive, however, and Oatis seeks donations to cover costs beyond his and his family’s reach. Fundraising can be tough, but he takes that effort in stride, too. “I love for people to be more aware of the sport,” he said.

Oatis enjoys his new colleagues at the YMCA Gahanna/John E. Bickley branch and is glad to have landed a position where he can help others. “Work is really important. It’s not just because of the pay, but for self-esteem, too,” said Kris Hausser, senior vocational rehabilitation counselor at OOD. “Hopefully this is a job he’ll be able to stay at for many years.”