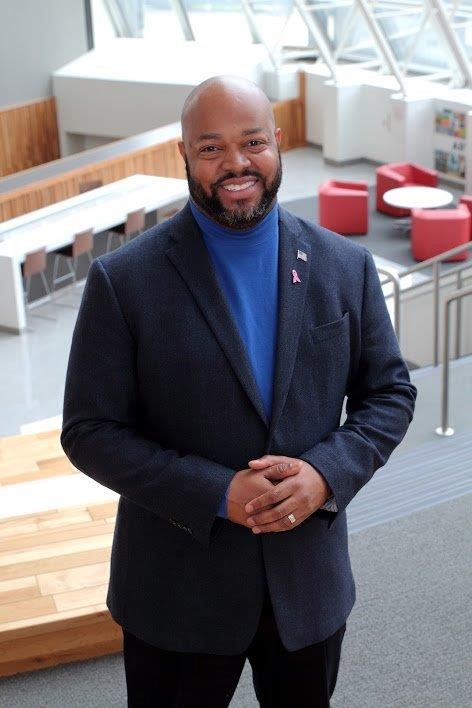 Samuel Davis, a Hilliard area resident and parent of two children with disabilities, has been appointed to the board of the Franklin County Board of Developmental Disabilities.
Davis, 40, is a Corporate Technology Director within Nationwide’s Executive Leadership Cabinet. He succeeds former board member Renee Stein, who took a seat on the board in 2009 and stepped down in January after reaching the limit of three, four-year terms. Like Stein, Davis fulfills a state requirement that developmental disabilities boards include a parent with at least one child eligible for board services.
“I live the life. I’m very excited about this opportunity, and I think it’s going to be tremendous,” Davis said. “This is the only board that I’ve pursued and tried to become a part of. It means that much.”
He and his wife, Jessica, have a 14-year-old daughter and 12-year-old son. Davis said Mattilyn Rose has Potocki-Lupski syndrome, a chromosomal duplication that can affect developmental milestones. Kendric Xavier is on the autism spectrum.
Both attend Hilliard schools and are doing well, Davis said.
A Cincinnati native, Davis is a graduate of Xavier University and previously worked for the state, including the Ohio Department of Developmental Disabilities This link opens a different website in a new tab.. He is an active volunteer in the central Ohio community, serving as an advocate and ambassador for Easterseals, community board member for COSI, commissioner for the Columbus Good Sport Golf Club Association and IT advisory board member for Columbus Downtown High School and the STEM Industry Council (SiNC).
Davis also volunteers for the Make-a-Wish Foundation, Ronald McDonald House and Habitat for Humanity. His hobbies include golf, chess, billiards and volunteerism.
Davis said he looks forward to learning more about FCBDD and issues important to the developmental disabilities community. “I’ll be listening, learning and observing,” he said. “I’ll be a good sponge, yet a greater advocate.”