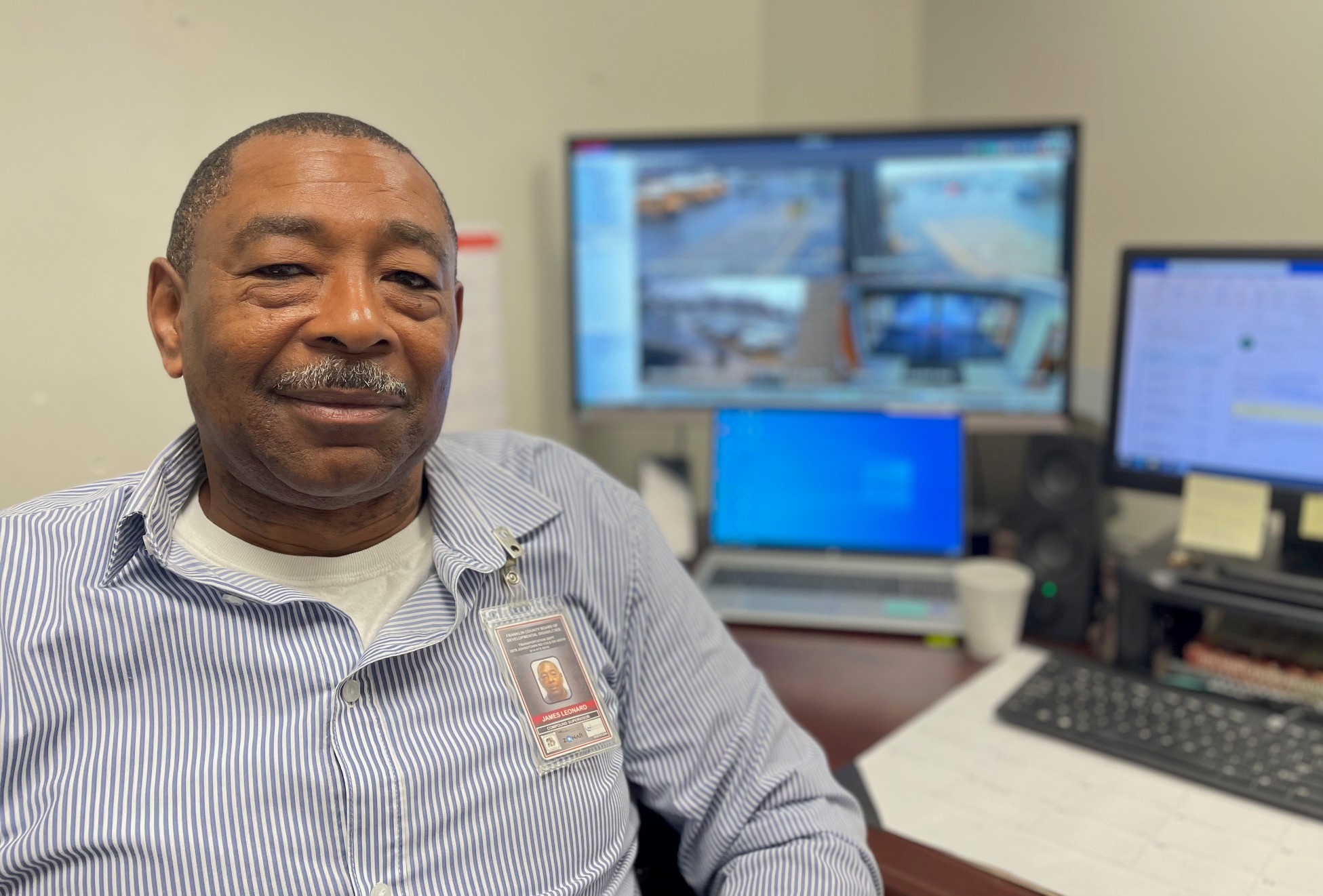 Though he has moved into the director’s office, no one should be surprised to see James Leonard back in the garage now and then. Troubleshooting mechanical problems comes naturally to Leonard, who has been peering into engines since he was a teen.

“I just like doing it,” he said. “It’s the challenge of not letting the machine win.”

Leonard, former bus compound supervisor for the Franklin County Board of Developmental Disabilities, was appointed director of the FCBDD Transportation Department in December. He replaces Bill Ryan, who retired after more than 30 years with the agency.

“I want to continue, to carry on, what Bill built here,” Leonard said. “There might be a few things I tweak, but as for changes, not much. We have a great staff.”

FCBDD Superintendent/CEO Jed Morison said Leonard has been “very effective” as supervisor and has a good rapport with colleagues. “He comes to this position with excellent credentials,” Morison said.

Leonard first joined FCBDD in 1998, left to serve as a maintenance supervisor at the Central Ohio Transit Authority (COTA), and returned to the county in 2016. He has always enjoyed working alongside fellow staff members. “I’m kind of hands-on,” he said. “I like to let people know I’m not above them. I’ll get out there with them.”

Always, he keeps up the focus on passengers. “The main objective is who we transport and why we transport them,” he said.

Leonard grew up in Rockford, Alabama, a one-traffic light community of barely 400 people. He and his wife moved to Ohio in pursuit of opportunities that were often difficult for Black families to secure in the rural South. They later returned to Alabama, in hopes of continuing careers there, but not enough had changed. They came back to Ohio after four months.

Leonard and his extended family still own 300 acres around Rockford. “That’s where I get my work ethic from,” he said. “Farm labor.”

Faith and family are cornerstones in Leonard’s life, and he serves as an associate pastor at Greater St. Paul Church on the North Side. “My daughter got married in July,” he said, smiling. “I walked her down the aisle, gave her away, and I performed the ceremony.”