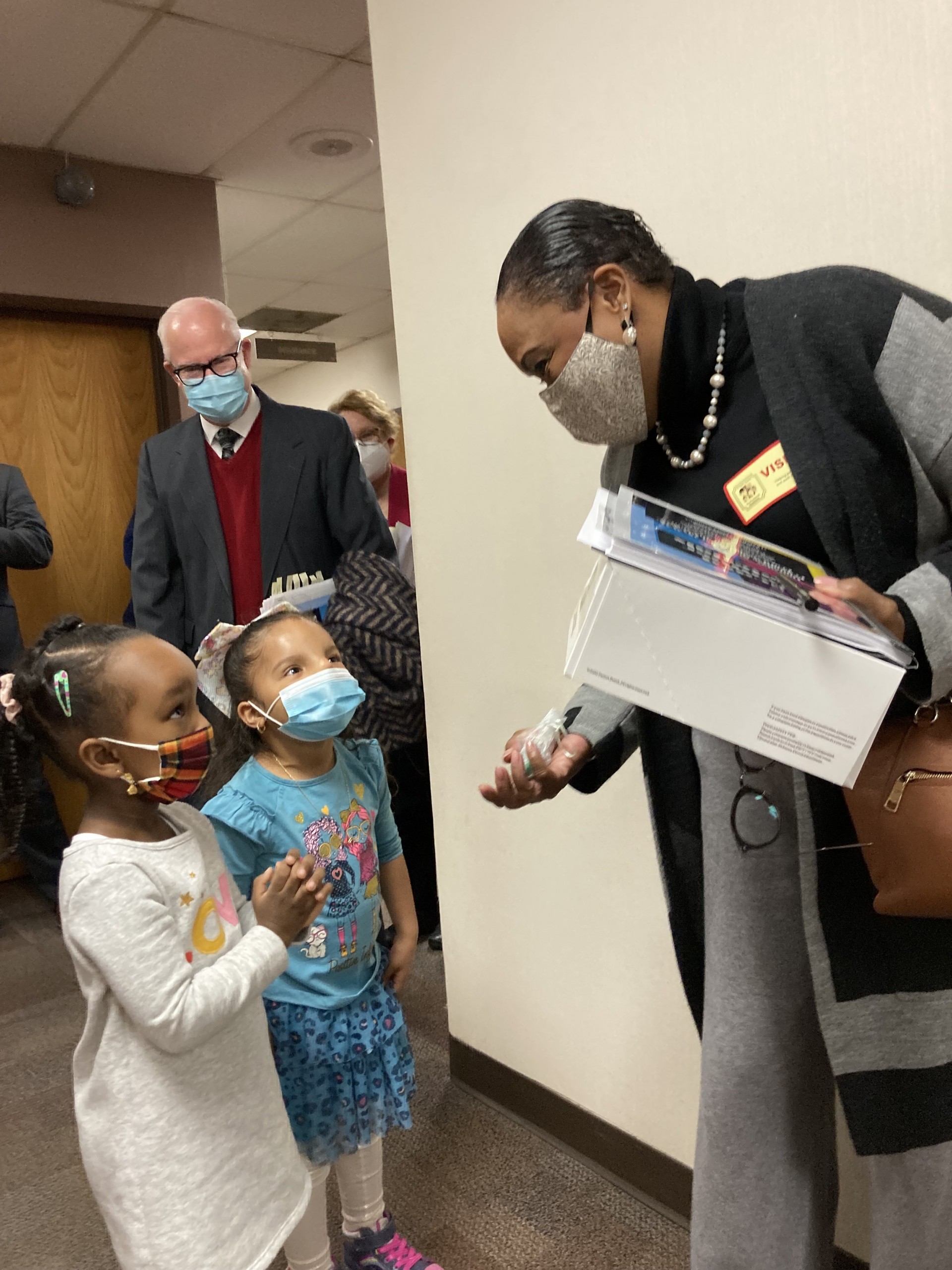 As she heads into her last board meeting, students from the Early Childhood Education and Family Center present Linda Craig with a handmade necklace.

After serving the maximum three terms, Linda Craig is leaving her position on the Franklin County Board of Developmental Disabilities. She attended her last meeting on Nov. 18, receiving a surprise farewell banner and much applause from FCBDD employees and early-childhood program students.

“It’s been 12 years, but it sure doesn’t seem like that long,” she said. “I just feel honored to have been a part. All I can say is, this is the best board ever.”

Because no one in her immediate family has a developmental disability, Craig’s experience with the disabilities system was fairly limited when she was first appointed to the board. From Medicaid waivers to privatization of services and a seemingly endless list of acronyms, “It was a whole new world to me,” she said. “I learned a lot.”

Craig said she’s especially appreciative of the friendship she developed with Christine Brown, a passionate self-advocate who attends most board meetings. “Christine is my heart,” she said. “She has so much to teach people; that young lady could be a lobbyist. She has so much knowledge, and she’s a fighter. She’s inspired me.”

Brown said she has always found it easy to work with Craig. “We formed a connection and I keep her up to date,” Brown said. “We’d both like to see a self-advocate on the board sometime.”

A native of Yonkers, New York, Craig works for the Franklin County Treasurer and is married to state Sen. Hearcel F. Craig. He came to the county board offices – with flowers — for her last meeting.

“Linda has always been so supportive of those we serve and our staff,” said Jed Morison, FCBDD Superintendent/CEO. “Her guidance as (board) president helped to pass a levy and she provided steady, insightful leadership. She will be missed.”

Craig promised not to be a stranger. “If ever you need a volunteer,” she said, “I will be there.”