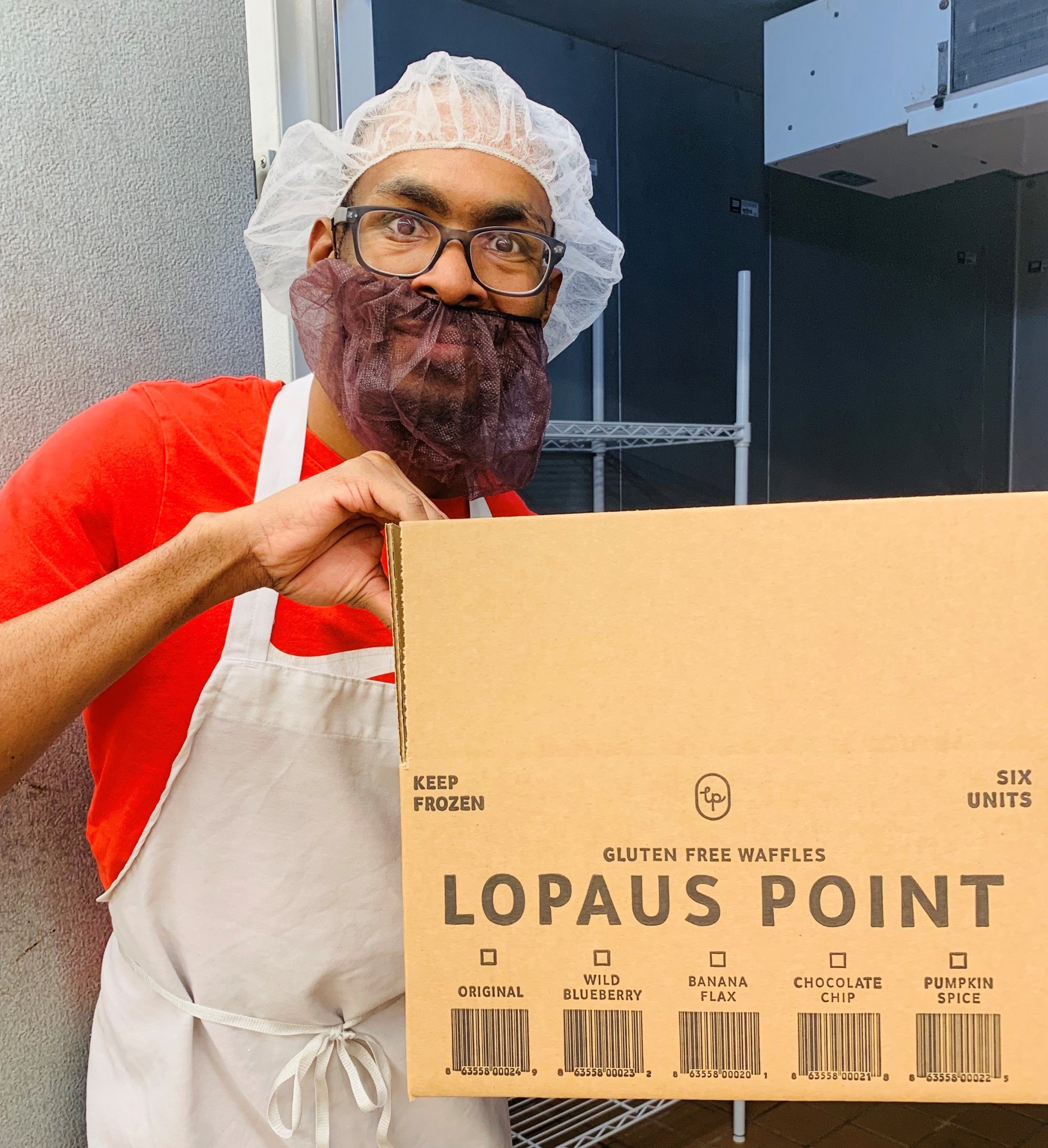 When Stacie Skinner decided to launch a gluten-free waffle company, she knew the product had to taste good. But she didn’t think money should be the only other measure of success.
“I knew that I wanted a purpose for my business,” Skinner said. “I just didn’t know what it was.”
She discovered the answer at the same time she found a production kitchen for Lopaus Point waffles, named after her hometown on the coast of Maine. Skinner set up shop inside the county-owned building that houses the Goodwill Learning Center in Groveport, a space that not only suited her immediate needs but also allowed her to provide job opportunities for people with developmental disabilities.
“It was an awesome decision, the best for so many reasons,” she said. “There’s something so grounding about this. We make sure everyone’s treated with dignity here. We’re all the same.”
Brandon Crudup, 32, has been working in the Lopaus Point kitchen for about a year and is thrilled to be part of a thriving operation. “I love it. They’re friendly here and I like this structure,” Crudup said. “I do dishes, labeling, packing – the only thing I don’t do is make the waffles.”
He does, however, eat them – and so does a growing legion of Lopaus Point fans. The thick, gluten-free toaster waffles – made in small batches with organic fruit and no added sugars — have been featured on The View and by other media, and are available online and in groceries such as Whole Foods and Giant Eagle Market District.
The success and location of Lopaus Point means that Goodwill has an on-site vocational partner willing to let potential workers test the waters, said Tiffany Martin, the Learning Center director. “Because of the relationship, we can try some folks who haven’t been successful in a community job yet,” she said. “They can be in an integrated environment, and try it.”
About one in five Lopaus Point workers has a developmental disability, Skinner said. Crudup is a star. “Just from an employment standpoint, he’s exceptional,” she said. “He’s responsible and a pleasure to be around. He thinks ahead and he’s optimistic – that’s a quality I look for in anyone.”
Crudup said he feels proud of his work accomplishments. “I’ve stuck with this,” he said. “I had a few ups and downs, but now I’m on the straight and narrow.”
He was especially pleased the day he caught a labeling error on the “best by” date, helping the small business avoid a costly error. “You’re a huge asset, Brandon,” Martin told him.
When Crudup leaves work, he often turns to Skinner and makes the half-a-heart symbol with his hands. “I give him the other half,” Skinner said. “That’s just how we roll.”