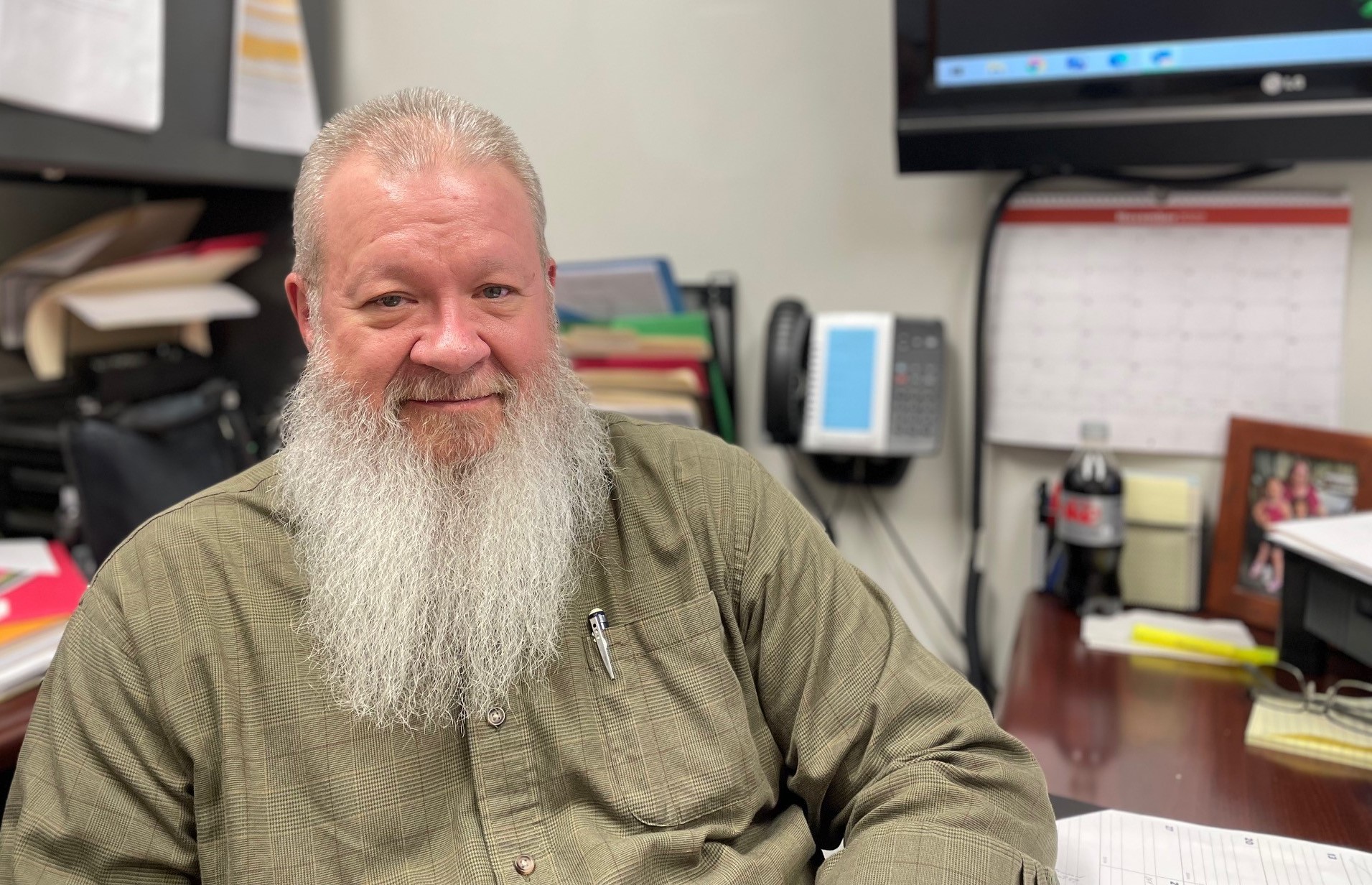 Bill Ryan says the last time he shaved off his beard, his grandmother told him to grow it back. He took her advice.

Many years ago, long before he was in charge of the Transportation Department at the Franklin County Board of Developmental Disabilities, Bill Ryan happened upon a colleague strapping his own daughter into her seat on the bus.

The girl had significant disabilities and couldn’t speak. That didn’t stop her dad from chattering away, holding up both ends of a pleasant conversation. “A lot of people want to walk past these kids, but you have to treat everyone the same,” he told Ryan. “Talk to them just the same.”

Ryan took that to heart. He talked, laughed and even sang on his bus routes, cherishing both the memories and lessons from those interactions as he moved up the ladder. In 32 years at FCBDD, Ryan has been a substitute driver, route driver, dispatcher, compound supervisor, operations manager and, since 2017, transportation director.

He is retiring at the beginning of December. “Bill has just been awesome,” Superintendent/CEO Jed Morison said. “He’s a straight-shooter, very supportive of his staff and so caring.”

Ryan is looking forward to spending more time with his family, including his wife, two daughters and four granddaughters. “Even our cats are females,” he said.

He also is focused on staying active, which is even more important since his Parkinson’s diagnosis two years ago. “I’m not going to stop doing what I can do. I’m gonna keep moving.”

Ryan has been a great advocate and a friend, compound supervisor James Leonard said. “You don’t get anybody better than Bill,” he said. “The relationship we’ve had is one of trust.”

For his part, Ryan said his biggest hope is that he did all he could to champion his staff, whose work entails more responsibility and skill than many people realize. “What I want more than anything is for them to feel valued, to know that they matter,” he said. “They’re good folks.”

He loved being behind the wheel and still tells the story of a passenger named Robin, who for the longest time had never uttered a word. Ryan assumed she couldn’t. But he always talked – and sang Rockin’ Robin – to her. Then one Monday when he asked if she’d had a good weekend, she answered: “Yeah!”

“When I’m dealing with stuff I’d rather not deal with, I get to go back and think about wonderful things like that,” Ryan said, smiling. “I was never so happy that I’d made sure to talk to someone, to treat them just the same.”