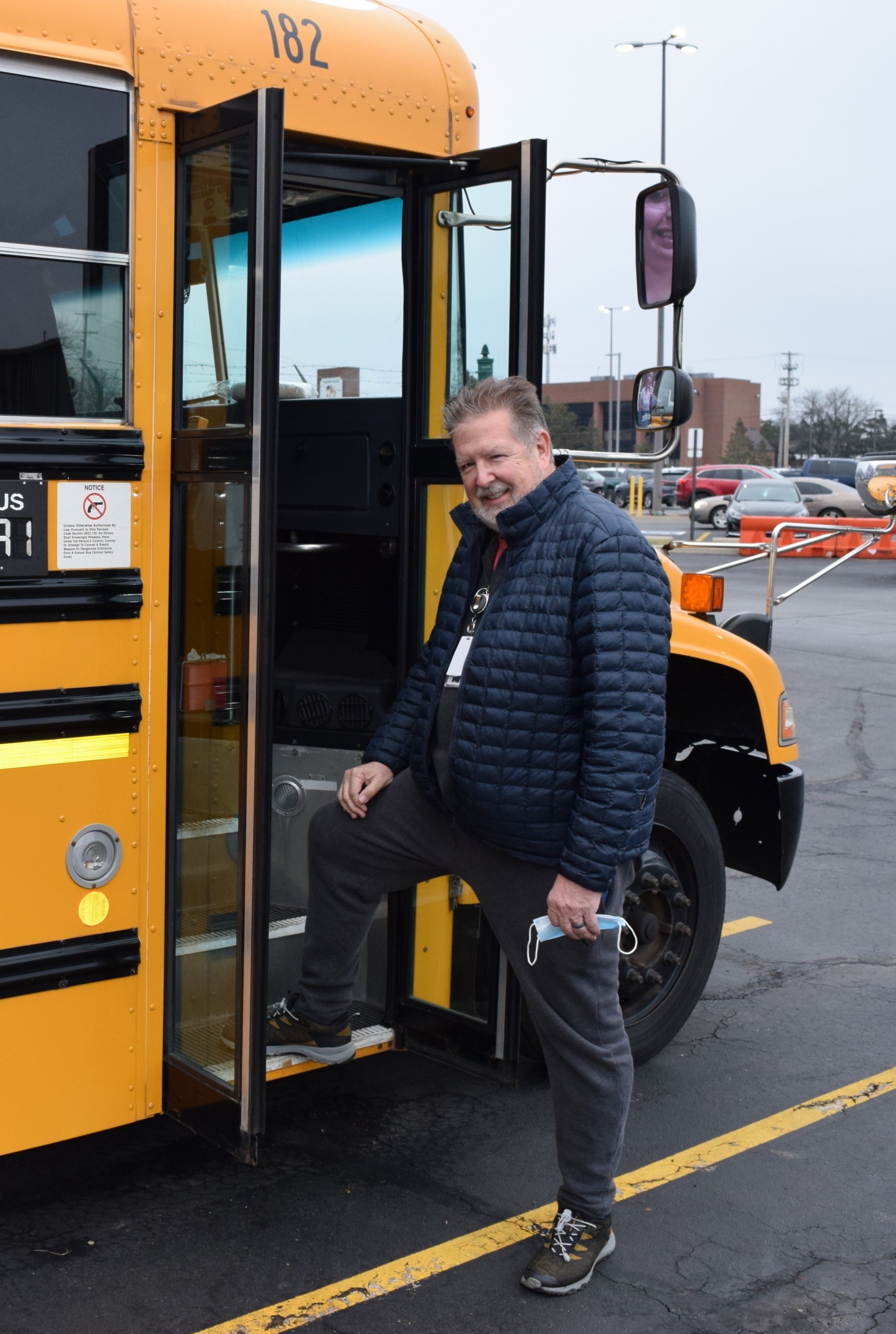 After 10 years of retirement, Jeff Birr was bored. But not so bored that he wanted to return to the corporate “rat race” that had left him exhausted, stressed and in poor health.

The former vice president at a tech company recently became a part-time bus driver for the Franklin County Board of Developmental Disabilities. His days now feature more smiles than headaches, and he’s helping to fill one of the community’s most in-demand jobs.

“It’s to the point where some employers are almost willing to get into bidding wars for drivers,” said Bill Ryan, FCBDD transportation director. “Ever since the pandemic hit, everyone has struggled.”

Non-traditional workers such as Birr could play an important role in addressing some of the labor shortage. “Anybody who’s retired and looking for something part-time, those are the folks we like to hire,” Ryan said. “People want to do something with meaning. They want to feel like they’re contributing. And here, they are.”

Birr, a 66-year-old grandfather, said he found his way to FCBDD on the recommendation of a neighbor who had previously served on the FCBDD board. The more she “talked it up,” the more inclined he was to check for job openings, Birr said:

Had you ever driven a bus?

Nope. The training department here is really great. I had to learn everything new. So much more goes into this than people realize. I feel like I’ve been through midterms, exams, oral arguments – it’s a lot. I’ve got my CDL (commercial drivers license) now.

It’s very complicated to hook up a wheelchair in a bus. Regular bus drivers don’t have to do that. There are people here who make sure that all happens, and happens safely. At the end of the day, we’ve got to look out for these kids. Some of them are diabetic; some have seizures. They don’t communicate easily. I have to care for them, and I do. It’s so cool to pick up 10 kids and they get to know you, you get to know them.

It’s cool to talk to the other drivers and hear their approaches. Some of them have been doing this for many years. I enjoy them and I’m learning a lot.

I went to high school and college in Montreal.

What does your wife think of your second career?

She drove for London schools in the 80s, so she’s excited. She’s packing my lunch again and getting my clothes ready.